FanFigtion is the premier site for fig fandom worldwide. It is run by fig enthusiast Jaron Kent-Dobias. Submit original fig content by email.

New figs on the block

I’m not the only figgy in this corner of Paris: there’s a kindred spirit just up the street! Today we’re going to take a look at their potted sidewalk fig tree.

I first spotted this tree on my walk to work in December, when I noticed the distinctive leaf shape of a fig and snapped a picture to send my wife. Here he was in December:

You can see that he is a skinny tree growing from a very large base—there was once a much larger tree here.

Since then, I have kept an eye on him on my commutes. Sometime during the winter, the owner of this tree snipped off the top! This was likely to encourage the tree to branch out at that point, rather than continue to grow straight up.

Today I snapped some pictures of this tree on my way to work. Here is a detail of how his top is doing: 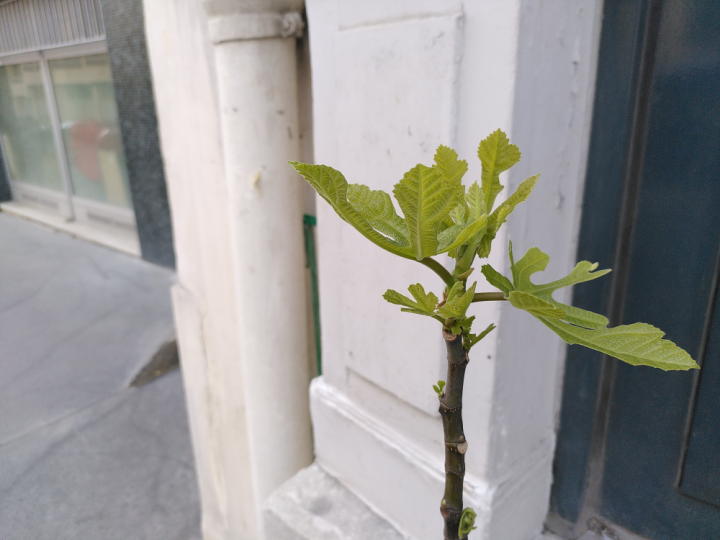 Look at all those little branches! His owners succeeded in encouraging branching by pruning the tree this winter. Here’s a look at the bottom: 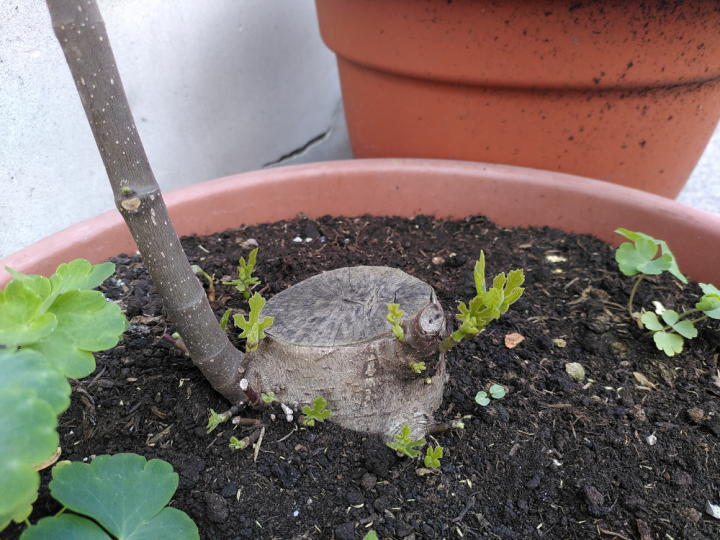 Look at all those little fig trees! Behind the big stump there are even a couple little trees poking out of the dirt several centimeters away from the base.

It looks like there has already been some pruning down here; perhaps the owners of this fig will continue to prune these shoots down to encourage more resources to the top. Stay tuned to find out! 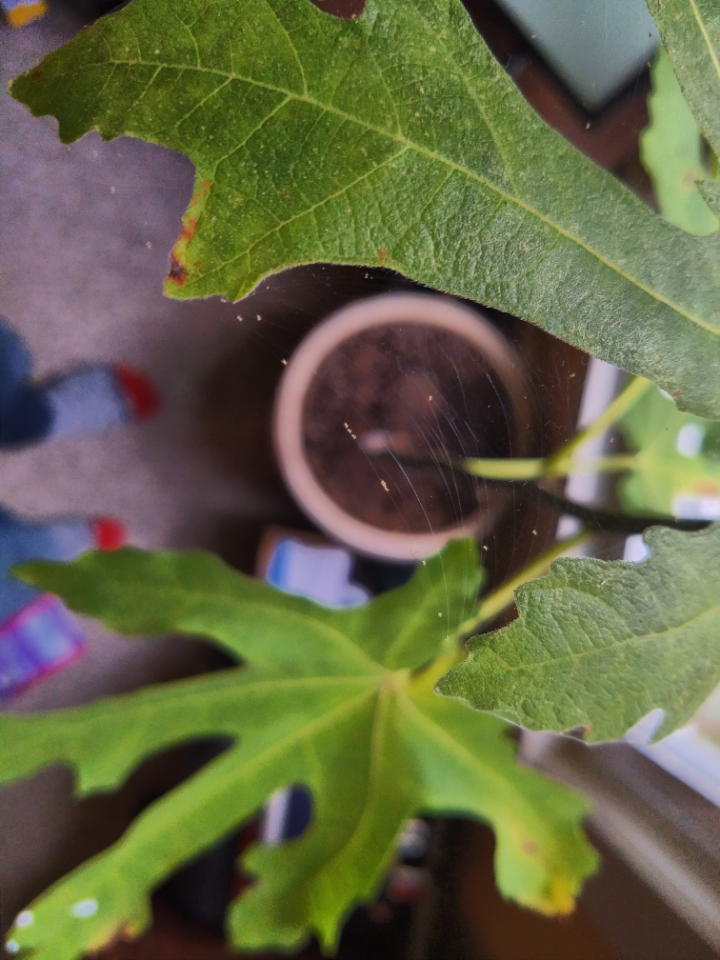 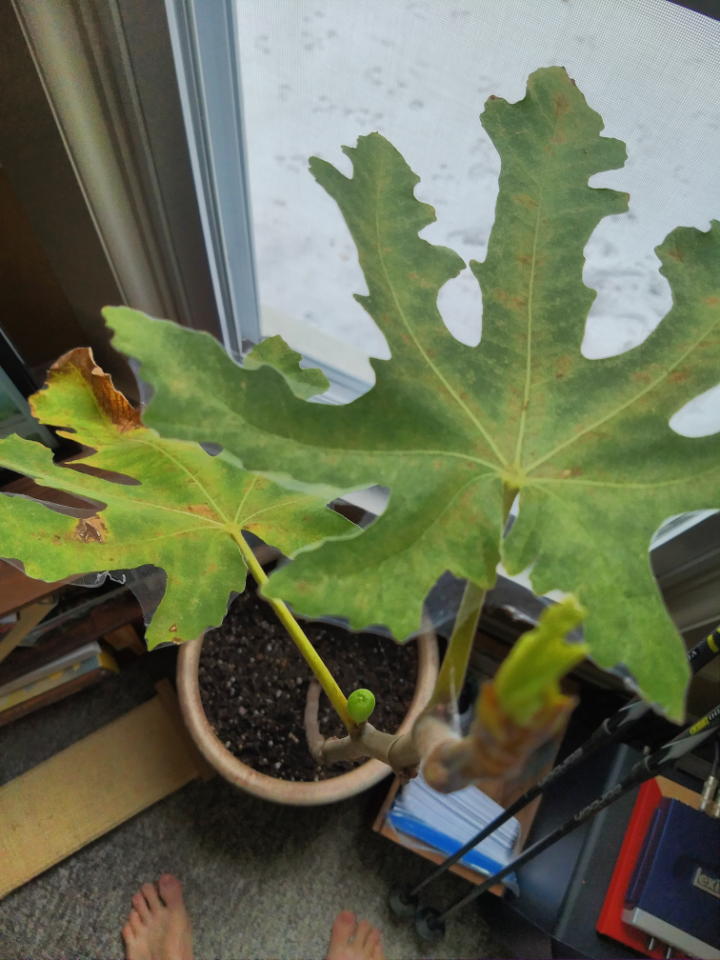 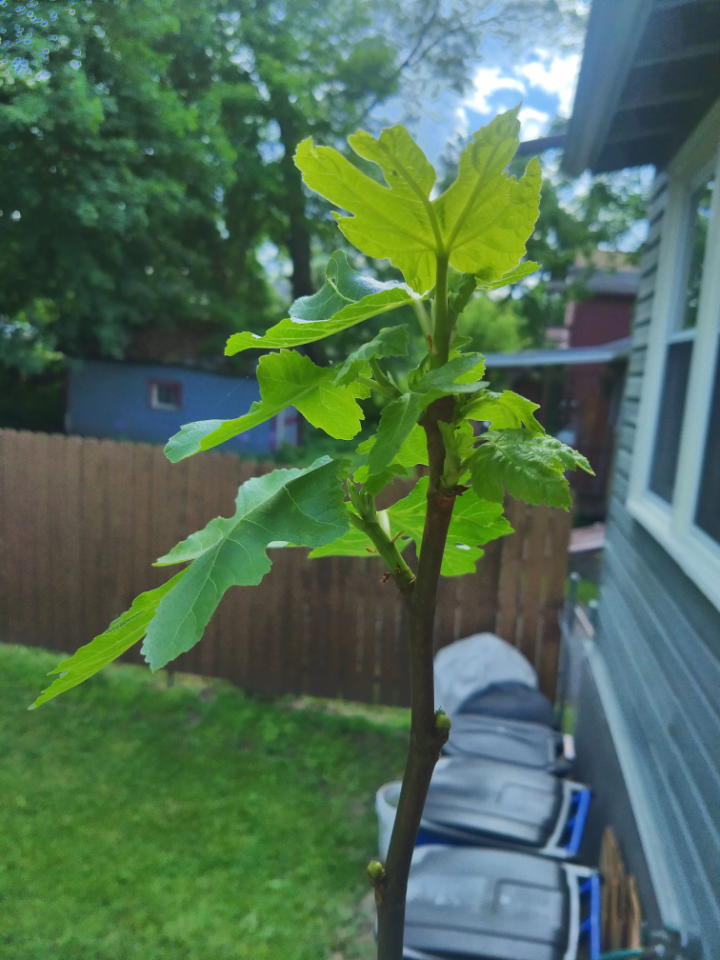 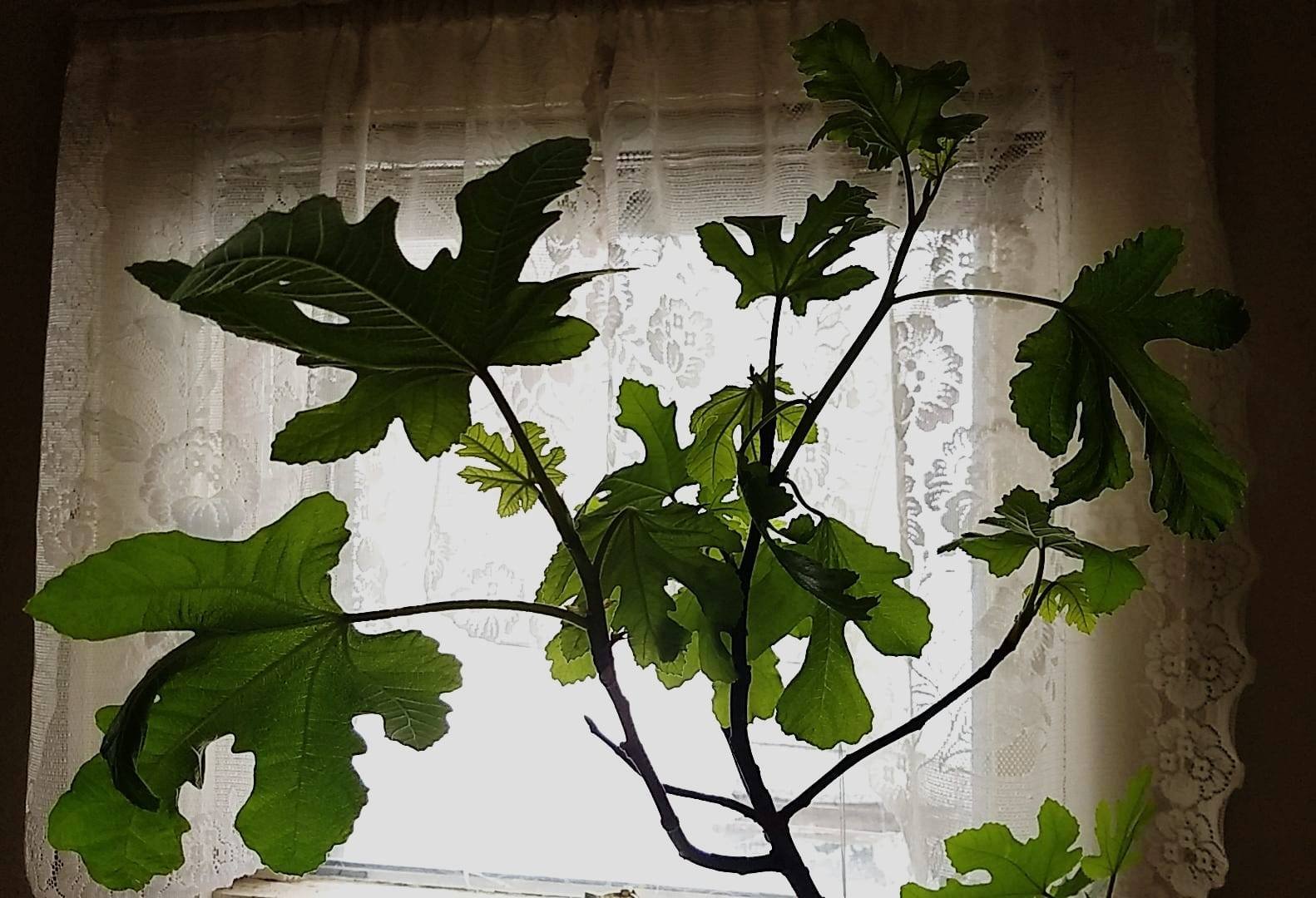 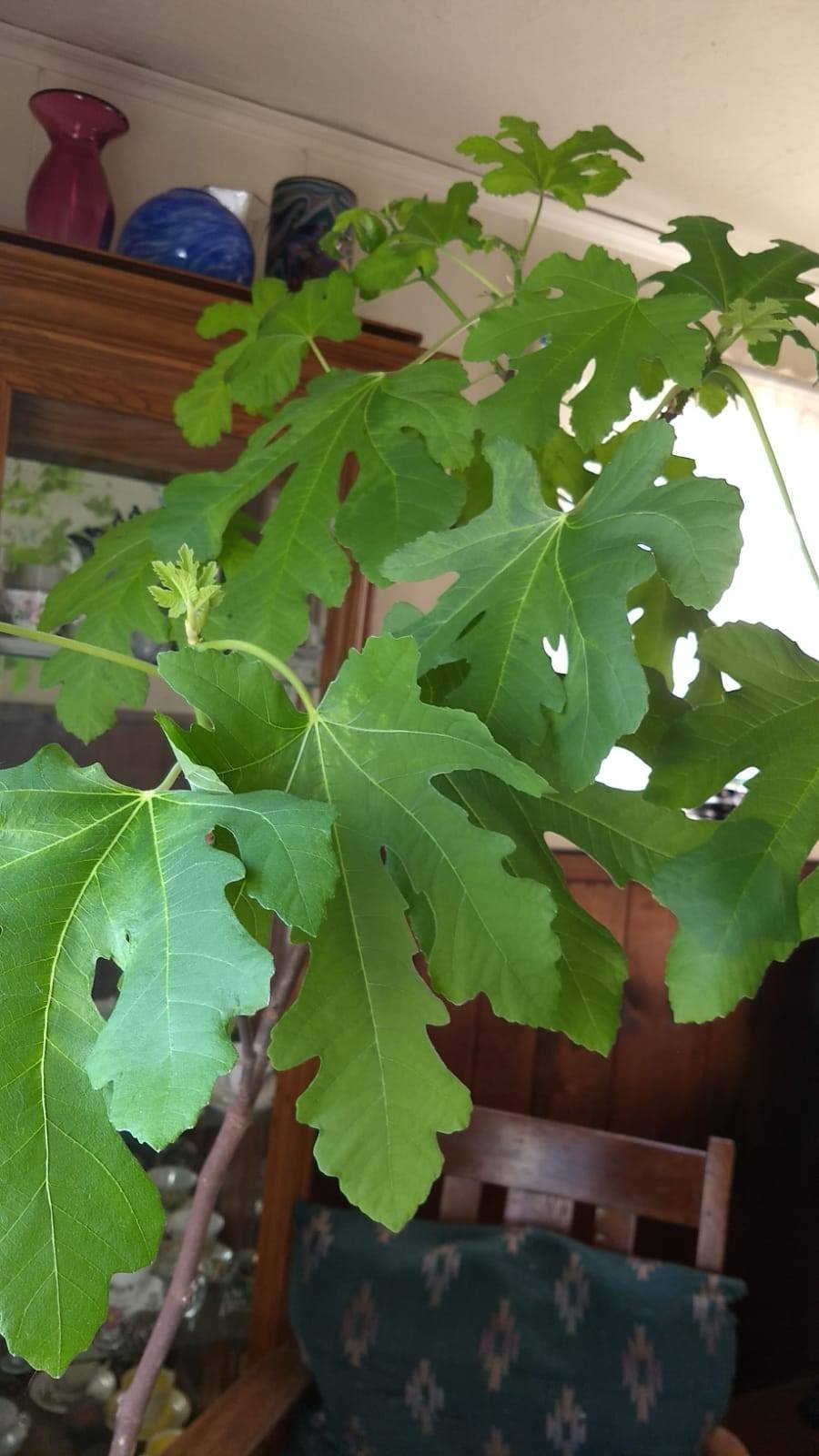 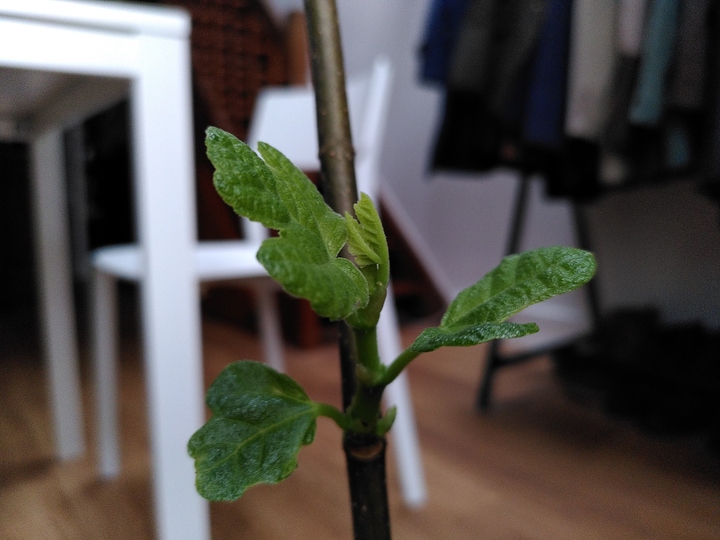